Hollard Insure Business Development Manager Tashniva Angadh believes that women naturally set the bar very high and too often try to ensure they are 160% ready before taking an opportunity. 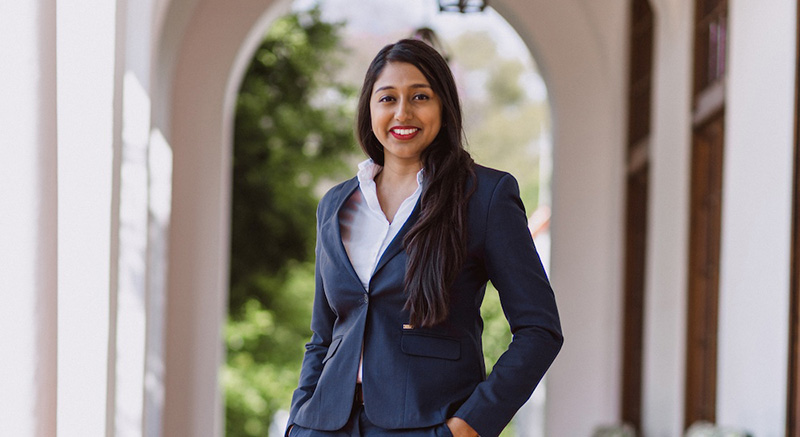 
“We need to trust ourselves and take those challenges,” Tashniva said in conversation during a recent panel discussion on women’s experiences in the corporate world.

The conversation was part of the Insurance Institute of Gauteng-Gauteng Women in Insurance Women’s Day webinar, titled Love and Laughter during Lockdown, on 6 August 2020. South Africa’s Women’s Day is marked on 9 August, commemorating the day in 1956 when an estimated 20 000 women of all races marched to the Union Buildings in Pretoria to protest against the imposition of apartheid-era pass laws on black women.

The panel discussion started with a brief reflection from all three women on what President Cyril Ramaphosa has termed South Africa’s second pandemic: gender-based violence.

Tashniva said the extent of gender-based violence in South Africa was “devastating, heart-breaking, and nightmarish” and that a targeted, intersectional approach was required to bring it to an end. “There is not a single solution,” she said.

Tashniva continued to say that women needed to remind themselves that they are already “wired” to face challenges head-on while multitasking. For too long decisions in business, international organisations and even war had predominantly been taken by men, she said. “We need to make sure more women are part of the decision-making processes that are shaping the world and society we live in”.

Quoting a 2019 PricewaterhouseCoopers (PwC) report, Tashniva said only 3.31% of the chief executives of JSE-listed companies were women in the year to April 2019. Meanwhile, research conducted by a US non-profit firm, Catalyst, showed that when corporate boards had between 19% and 45% female representation on them, performance improved markedly.

Tashniva’s opinion was echoed by that of Henriette Senekal, Chief Executive of PSG Administration, who said women tended to be more agreeable and men more outspoken, which was why women were sometimes overlooked. Henriette said she had overcome this challenge by reading a lot, from legislation to general knowledge, so that she felt more confident to speak up.

Fellow panel member Thokozile Mahlangu, Chief Executive Officer of the Insurance Institute of South Africa, said she too never stopped learning, but that she felt that learning was useless unless what was gained was implemented. “If you don’t apply what you have learned, you are only as good as the textbook.”

The evening was not all sombre, and entertainment came in the form of comedian Trevor Gumbi, who had the online crowd in stitches with his stories of what it was like to be a “scholarship kid” at a Model C school.

Gumbi kicked off the panel discussion, and the evening ended with a series of surprising tricks from mentalist Larry Soffer, who used his magic to demonstrate to the gathered women that the only time we fail is when we don’t apply the knowledge we have, or do not yet have the knowledge we need to succeed.