In a world full of volatility and uncertainty – in South Africa and abroad – it is vital for insurance brokers to engage with their customers about the risks beyond their control. 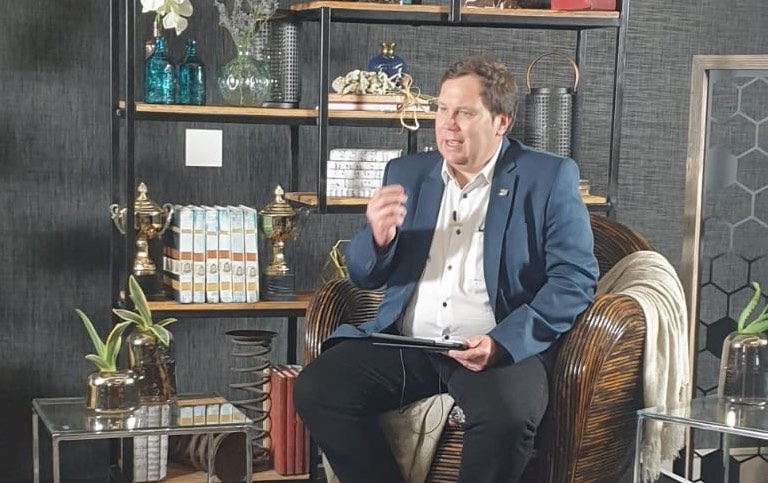 
This was the overriding message of Galileo Capital CEO Theo Vorster, who was Hollard Insure’s keynote speaker at the FIA Virtual Summit on 30 September. The virtual event replaced the annual FIA Advice Summit, as a result of the current COVID-19 restrictions.

Vorster, a well-known and prolific commentator on investment- and market-related issues in the South African media, a regular market commentator on Moneyweb’s RSG Geldsake, hosts his own programme on kykNET called Sakegesprek met Theo Vorster, a contributor to VIA TV’s Geldhelde and also writes a monthly finance newsletter for Netwerk24 – spoke to the topic, The Known Unknowns.

Essentially, “known unknowns” are those issues of our environment of which we are aware, but not their outcomes, and over which we have little or no control – but which hold massive implications for all of us.

“Our economy is in terribly bad shape,” Vorster began, saying that South Africa is in a dangerous economic situation where terms such as “fiscal cliff” are starting to be bandied about.

The Medium-Term Budget Policy Statement in October 2020, and the Budget in 2021, he said, are where the government must show how it will bring South Africa’s debt under control.

The US presidential election in November is a major known unknown, Vorster said. If the incumbent, President Donald Trump, wins, it is likely that challenger Joe Biden will concede – but if Biden wins by a slim majority there is likely to be “volatility and uncertainty”, as Trump has already indicated that he would not accept losing.

South Africa’s local government elections in 2021 represent another known unknown, Vorster argued. South Africa’s major opposition party is in disarray; the ANC, split into factions, is almost a coalition government; former Johannesburg mayor Herman Mashaba’s new party is making its debut; and it remains to be seen whether or not the Economic Freedom Fighters has reached a ceiling.

Indeed, the next national elections in 2024 “will be a different election to the last election”, Vorster noted.

Another known unknown “that can change a lot” is expected between now and the end of March 2021: the findings of the Zondo Commission of Inquiry into State capture, which will impact the local government and national elections, the next ANC national conference and investor confidence in South Africa.

“This is going to have a greater impact on our society than most of us think,” Vorster stated.

Nevertheless, he said, South Africa is in a better position than it has been for several years, and government and private capital are working more closely to find economic solutions to the country’s problems. What is essential is private sector confidence in government projects.

But it is uncertainty that bedevils South Africa. “You will have to say to your clients: ‘Expect, understand and prepare for volatility,’” Vorster told the audience of intermediaries.

Any intermediary concerned with risk management should, Vorster concluded, be more of a partner to their clients than simply a broker.