Seaports are exposed to a wide range of changing risks, as devastating events such as this year’s explosion in Beirut, Lebanon, and the 2015 blast in the port of Tianjin, China, showed. 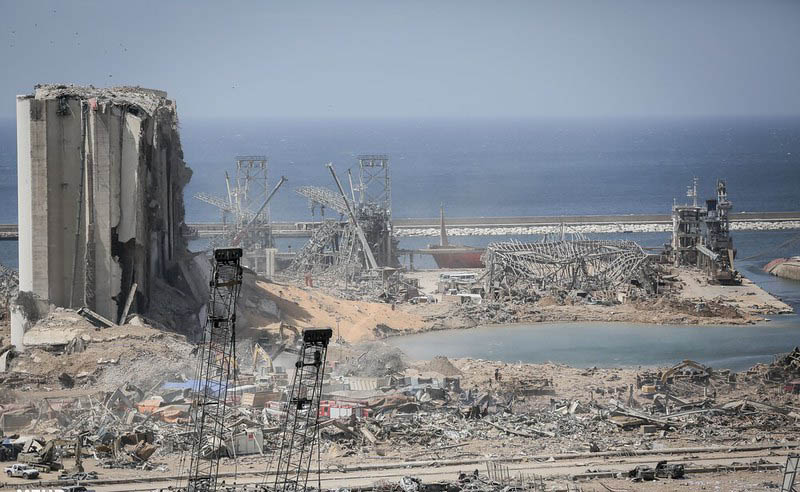 The aftermath of the Beirut port explosion. (Image: Prachatai)


These destructive events not only caused widespread damage and took a massive toll on human life, but also led to losses to multiple lines of insurance.

Brokers must be aware of the risks when industrial storage facilities are co-located with large insured values. With this in mind, Hollard Marine recently hosted an informative and thought-provoking webinar for more than 370 Marine brokers, as part of its #LongLiveTheBroker initiative to support broker partners with useful tools and information.

London-based expert Stephen Hudson of risk and reinsurance firm Guy Carpenter brought his perspectives on the August Beirut explosion and the reaction of the insurance markets, while Simon Wegmann, senior marine underwriter at reinsurance giant Swiss Re, discussed the Tianjin harbour disaster, and how accumulation affects reinsurance pricing.

“The risk landscape has evolved to include an increasing number of unforeseen man-made hazards that are proving to be as complex and costly as natural catastrophes,” said Hollard Head of Marine Cynthia Nanthalall.

South African insurers have borne the brunt of the culling of underperforming portfolios by syndicate underwriters at global insurance and reinsurance market Lloyd’s two years ago – at the reinsurance treaties’ renewal this year, it was difficult to secure capacity for certain types of risks.

“Brokers must be aware of the risk of port accumulations [ever greater concentrations of goods stored in ports], as the scale of such events means international insurance markets are affected, sometimes resulting in a reduction of capacity and pricing implications for the supply of reinsurance,” said Hollard Marine Senior Business Development Manager Estelle Bond.

The Beirut explosion killed 190 people, injured about 6 500 and paralysed an already struggling economy. The blast in Tianjin caused 173 deaths, hundreds of injuries and enormous losses.

Several other harbours around the globe have large cargo facilities co-located with assets with large insured values. So, how can risk and future threats be identified and managed? And how can the insurance costs of such events be quantified?

Port accumulations and catastrophe modelling – which generates simulated events and estimates their magnitude, location and damage to calculate the amount of insured loss – are major challenges for the insurance industry, the webinar audience heard.

As container ships get bigger, the accumulation risk on large and mega vessels is top of mind for reinsurers.

Hudson told the brokers that, from the damage observed, he estimated the Beirut explosion to have been in the order of 100 tonnes TNT equivalent (a convention describing the energy released in an explosion). “From an insurance perspective, it’s best to look at it from an observed damage, so that we can then replicate and simulate it,” he said.

Simulations enable experts to estimate where in the world similar explosions may take place in future, what the exposure might be and how it can be tracked.

The Beirut explosion was a reminder of how wrong decisions and mishandling of cargo can lead to a tragic disaster, affecting entire supply chains, cities and economies, Wegmann said. “The disaster showed the possibility of such catastrophic events needs to be included in insurance and reinsurance pricing.”

An investigation following the Tianjin incident showed 10 violations by the owner of the warehouse where the blast occurred, risk control failures and many other issues. Losses amounted to about US$3.5-billion.

Costing large catastrophic events involves various steps and data analysis, including port rankings, whether goods are stored in containers or open spaces, and typical dwell time in the harbour.

Swiss Re has been applying sophisticated costing methods for many years, so events such as the Tianjin explosion did not materially change its modelling, said Wegmann – but scenarios are constantly updated.

Brokers must consider that major overseas disasters, such as the one in Tianjin, might not only affect Chinese insurers – a South African insurer might have goods insured in the Asian country and suffer losses, too. All parties in the global supply chain should be aware of the issues around port accumulations, Wegmann concluded.