Hollard Jacana makes Class A its own – locally, provincially and nationally!


At Hollard Insure, we love winners just as much as everyone else does. But Hollard Jacana, the Cape Town-based racing yacht we sponsor, has taken winning to a new level.

The Hollard Jacana, sailing on a cloudy day with the team onboard. 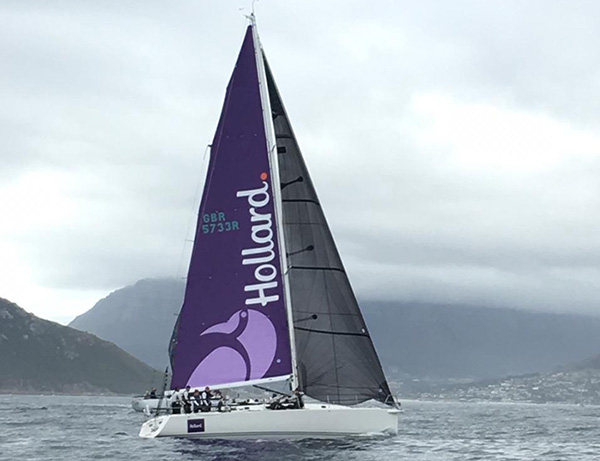 Hollard Jacana, a 13.3m J133 vessel designed in the US and manufactured in France, and skippered by multiple past national champion Patrick Holloway, recently took first place in Class A of the Admirals Regatta, the final major regatta of the season.

The Admirals Regatta was the fourth and final of the regattas that make up the Western Province Inshore Championships and incorporated the South African National Championships. Hollard Jacana also won the national Class A championship at this event.

Having won the False Bay Yacht Club Spring Regatta 2018 and the Fling Regatta 2019, and placing second (on a tie break) in the Cape Town Race Week 2018, the Admirals Regatta victory further made the Hollard Jacana crew the Western Province Class A ORC Inshore champions.

This year the national championships ran for the first time under a new handicapping system administered by the Offshore Racing Congress (ORC), the international body that administers offshore yacht racing. Under the ORC handicapping system the fleet is split into classes A, B and C, based essentially on boat speed, with the fastest yachts in Class A.

On top of these wonderful achievements, with one race still to go, the Hollard Jacana crew are the Royal Cape Yacht Club Class A champions for an unprecedented six seasons in a row.

Comments Cynthia Nanthalall, head of Hollard Marine, “Hearty Hollard congratulations are extended to Hollard Jacana’s crew, who with their treble win this weekend has proved conclusively that they are the best in South Africa.

“Patrick Holloway and his crew have had an outstanding season, deserving every one of the accolades they’ve received. And they’ve flown the Hollard name high all the way; we couldn’t be prouder.”