Financial intermediaries, as we all know, are under more pressure than ever to survive. They thus need all the support they can get – such as that which they received at the recent FIA Advice Summit. 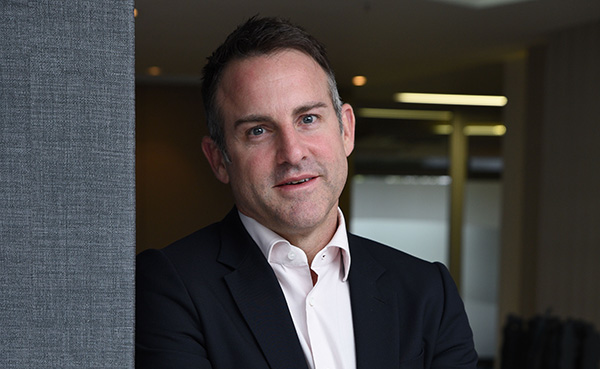 
But it’s not only brokers and their customers who benefit from such support. At Hollard Insure, our broker-focused business model means our fortunes are tied to theirs. Our long-running #LongLiveTheBroker™ campaign commits us to supporting brokers as much as we can to be more relevant and resilient than ever in our constantly changing world.

Hundreds of people, including brokers, insurers, suppliers and regulators, gathered for the annual summit, presented by the Financial Intermediaries Association of Southern Africa at Emperors Palace on 10 October.

There, they were addressed by acknowledged experts on a wide variety of topics, such as cybersecurity, industry conduct, relationships, the future of digital in insurance, risk, National Health Insurance, behavioural economics, personal brands and public-private partnerships.

Hollard Insure’s contribution to the summit was macro in scale, providing the audience with a bird’s-eye view of the conditions in which brokers – and the insurance industry in general – must operate: a presentation by respected businessperson and academic Dr Adrian Saville on economic growth.

Saville, Cannon Asset Managers founder and CE, and professor at the Gordon Institute of Business Science, spoke on the topic of “2020 Vision: In Sight of the New Deal?”. His overarching message was that South Africa doesn’t need more funding to achieve its economic objectives – it needs to spend what it has more wisely.

He initially sketched our current economic situation, which as most of us already know is lacklustre, and the factors underpinning it. Saville identified “three dangerous ingredients” that correspond with the Arab Spring and have bearing on South Africa’s economic prospects: young, unequal and unemployed.

Half of our population is under the age of 25 (and our country ranks 126th of 183 on the Global Youth Development Index), South Africa is one of the world’s most unequal societies by any measure, and unemployment is officially at 29%.

Add to this the most serious near-term threat to our economy, unstable energy supply. Despite South Africa having among the world’s greatest photovoltaic energy generation potential, coal accounts for 99% of our power generation.

But, he continued, there are three pieces of good news:

In addition, sub-Saharan Africa – in which South Africa still holds a competitive economic advantage over its neighbours, despite lower GDP growth than the region’s for almost two decades – is the second-fastest-growing region globally.

Saville pointed to initiatives that are addressing youth unemployment and education, and that are producing results. He cited as examples the business-led and government-supported Youth Employment Service, which has already created 26 000 jobs for young people, and SPARK Schools, which offers private school-standard education for a fraction of the cost.

There is also a “real appetite” for investment in smaller South African companies, he said, and the country’s financial sector is “in extraordinary shape”.

“We don’t need money. We need to do sensible things with it,” Saville concluded.

Those who attended certainly came away with deep insights into the state of South Africa and the insurance industry, and about themselves, and tools that equip them to be even better at what they do best: provide expert advice and superb service.