Climate-linked catastrophe losses have surged over the past decade


The existence of global warming and the link to extreme weather is still a matter of debate among certain groups. However, the (re)insurance industry would do well to at least be suspicious. 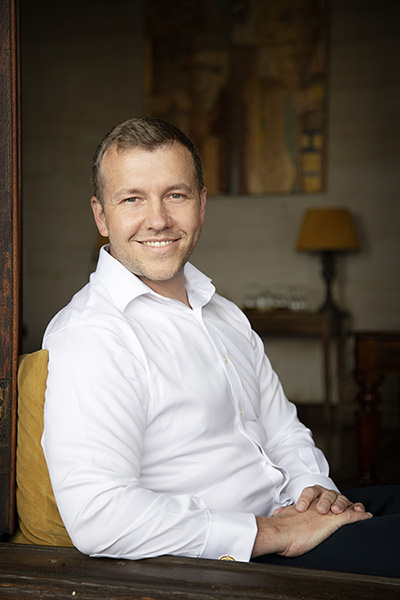 Four months into 2022, the Year of the Water Tiger, there has been an unprecedented increase in flood losses globally, with floods in Germany, Belgium and Australia. South Africa, too, has not been exempt.

The flooding and landslides that ravaged large parts of the KwaZulu-Natal (KZN) coastline from 11-13 April 2022 will go down in history as one of the largest natural catastrophe loss events in South Africa, both in terms of lives lost and economic losses. At the time of writing the provincial government had confirmed more than 440 deaths, with KZN government estimates of economic losses amounting to R17-billion.

Each of these loss events present opportunities for us to interrogate facets of the non-life insurance and reinsurance industries. These include big-picture issues such as the impact of the rising frequency and severity of catastrophes on insurer and reinsurer resilience and sustainability. Insurer-specific matters such as the effectiveness of risk mitigation and actuarial pricing strategies, and the shift of balance in claims and risk exposures in commercial versus personal lines, become relevant.

The 2022 KZN floods, which we can categorise as flooding due to extreme storms, resulted from record 24-hour rains falling on already-saturated ground. To illustrate: the South African Weather Services (SAWS) recorded record 24-hour rainfalls at eight weather stations in the area, with three of those exceeding 300mm by 8am, 12 April. The link between global warming and extreme weather has been well documented elsewhere and is not the focus of this piece.

We prefer to explore how claims and risk exposures are evolving in the commercial compared to personal lines books. The mainstream media focuses on the human side of disaster, starting with loss of life and then moving on to the broader socio-economic impact of infrastructure losses. Their insurance-related stories usually highlight damage and losses to consumers’ homes, household contents and motor vehicles, with insurer conduct under the spotlight. What we cannot lose sight of is that unseasonal and/or high rainfall also has a massive impact on an insurers’ commercial and specialist lines clients.

You need only scroll through the online media coverage of the recent floods to get a feel for the physical damage caused to businesses in the affected areas. We have seen torrents of water flooding container storage facilities, manufacturing plants and warehouses, as well as chilling footage of 40-foot containers floating along local highways. Insurers typically field dozens of large-value Commercial, Engineering and Marine claims following disasters of this type.

The Commercial and Corporate claims desk deals mainly with damage to buildings, loss of or damage to motor vehicles, and business interruption claims. Specialist lines such as Engineering must contend with damage to machinery and plant, and damage to contract works, to name a few. Durban port handles around 58% of South Africa’s import/export container volume, and damage to cargo either in transit or awaiting transit was inevitable and significant.

It is too early to quantify insurers’ exposures to the 2022 KZN floods. In the immediate aftermath of KZN’s last major flood event, in October 2017, we saw Commercial and Personal lines loss ratios (for the Durban area) going up around 20%. The Engineering loss ratio was up several points, too.

Our claims experience supports the climate change narrative that storm-related losses are becoming more frequent and more severe. Back in 2012, storm damage claims accounted for 3-5% of losses in our combined Commercial and Personal lines categories; now it exceeds 10%! Claims owing to storm damage under the Engineering and Marine classes have more than doubled over the same period. This deterioration in experience is likely to be more severe for policyholders that are more exposed to storm risks owing to their location. An example would be the hospitality industry, which is often situated near bodies of water.

When it comes to fire protection, there are a number of controllable aspects that help insureds mitigate losses and insurers reduce their total exposures. We could insist that the insured install fire breaks, fire hydrants, sprinkler systems and water storage, and send staff for training, to name a few options. It is not as easy to mitigate against heavy rainfall and the resulting water run-off, however. Immediately following the 2022 KZN floods, a large motor manufacturer conceded that its extensive flood mitigation systems had soon been overpowered when a nearby river broke its banks.

Going forward, we expect policyholders’ risk management teams to work closely with their insurance brokers and our underwriting teams in the area of flood and storm damage mitigation. In fact, we expect this area to demand as much attention as we currently give to managing fire-related risks. If we can make this a key deliverable on all Commercial and Special Lines policies, we may be able to contain losses to the benefit of policyholders, though we remain cognisant that when it comes to man versus nature, nature usually comes out ahead.