A career in insurance: now there’s a risk worth taking


Nash Omar, Managing Director of Broker Markets for Hollard Insure, the short-term insurance division of the Hollard Insurance Group, looks back on an eventful career, what lies ahead – and why insurance is a great option for people-focused young professionals. 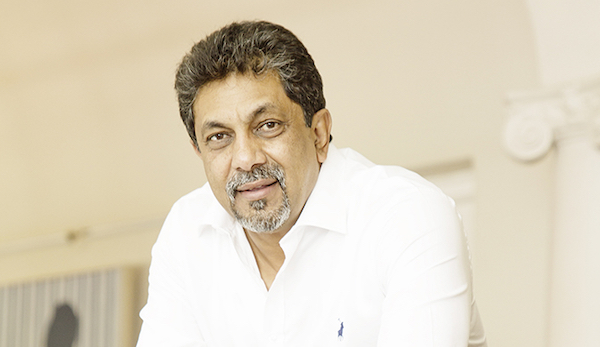 
If you think insurance is about risk, policies, and claims, you’re not wrong. But you’re not right either.

Insurance is really about people, Nash Omar will readily tell you. He ought to know: he’s been in the industry for 40 years, in which time he has seen a lot. And time and again, it comes back to relationships – between insurers, brokers and their customers, between colleagues and even between competitors.

Like many, Omar had not intended on a career in insurance, instead, setting his sights on becoming a chartered accountant. But in 1980, apartheid was very much still in force and fate would deal a bitter – but ultimately fortuitous – blow to his professional dreams.

A lengthy strike that year by his teachers at Lenasia’s MH Joosub Technical Secondary School, against having to teach Afrikaans as a subject, unsurprisingly led to his matric class achieving poor final results (Omar describes his own matric certificate as “a shocker”). This put paid to the idea of university studies, or even simply finding work.

However, that people thing kicked in, in the form of a childhood friend (and long-standing colleague) Abdul Ebrahim, who at the time was working for Fedsure General Insurance (aka Fedgen). Abdul got him a job interview, and Omar won his first job in the filing room.

Back then, insurance was very much owned, managed and populated by white men. After three years of toiling in filing, data capturing, hand-writing policies, proofreading policies, managing claims and underwriting, Omar was asked to head up Fedgen’s Motor department and some of his colleagues weren’t too happy.

“The situation was what it was,” Omar remarks. “I realised that I was going to have to work four or five times harder than my colleagues to win their recognition.”

Work hard he did, progressing from heading up the Motor team into business development, where he managed brokers. When Hollard acquired Fedgen in 2002, it became the foundation of what is Hollard Insure today – and Omar found a new professional home.

In 2008 Hollard’s short-term business was spun off as Etana and Omar was appointed MD, where he played a major role in building that business. When Hollard acquired Etana in 2014, it was renamed Hollard Broker Markets (HBM). He ran the business in partnership with another great friend, Pierre Geyer. When HBM was amalgamated in 2017 with Hollard Personal Lines and the newly acquired Regent to form Hollard Insure, Omar moved into his current role as Managing Director: Broker Markets.

Throughout his career, Omar has built enduring relationships with people in the insurance industry: his colleagues, brokers and even competitors. Arguably, there are few in the industry who don’t know him – and many have become firm friends.

“I love this industry and the people in it. Most of my closest friends are in the industry. In fact, some of us have moved beyond friendship and become family,” says Omar.

Insurance itself has also changed dramatically since Omar started out all those years ago in the Fedgen filing room. Some classes of insurance have become redundant, while new ones have been developed. Technology has also played an important part in terms of creating efficiency and a lot more standardisation. A lot more professionals, such as actuaries, accountants and lawyers, are seeking employment in the insurance industry. This is a reflection of how sophisticated our business has become.

Importantly, the industry is also a lot more regulated nowadays, and much work has been done on professionalising it and building its reputation, a process that has been particularly onerous for brokers. However, “this was definitely a need” in order to raise the industry to global standards, says Omar.

“As an industry, South Africa’s is on par with the rest of the world. In fact, Multimark wording – an industry-wide standardisation of business insurance policy wording – originated in South Africa, as did monthly premium payments,” says Omar.

Also, an important factor is, of course, people: “The South African population has more than doubled in the past 40 years. Many more people, therefore, buy insurance than before, and the industry has done much to educate the public about insurance, its value to them and our economy, and how best to acquire it.”

The nature of risk has also changed dramatically in that time, necessitating new insurance products and approaches. For example, natural catastrophes are increasing in frequency and severity, largely because of climate change, a major concern to the industry and its future sustainability.

Also, modern electronic banking means that money insurance is no longer needed as much as a few decades ago – but by contrast, cyber insurance wasn’t a thing back then. And liability insurance in all its current forms didn’t exist until comparatively recently, indicating what a necessity it has become for the modern corporate or specialist professional.

Perhaps some of the biggest changes will be in Motor insurance, by far the largest premium-generating class of short-term cover. Developments such as driverless cars and ride-sharing will change the face of Motor insurance – but there will be fewer accidents, leading to cheaper insurance. Medical insurance, too, should come down as artificial intelligence drives better diagnoses and there are fewer malpractice and liability claims.

“Insurance is the heartbeat of any economy. That’s the value that the industry brings – the question is, can any of us do without insurance?” says Omar.

“More than that, it offers opportunities to build fantastic careers such as the one I’ve had and enjoy equally fantastic relationships with many people. Insurance is about serving, looking after, and caring for people. So, if you’re passionate about people, South Africa and our economy, then it’s the industry for you.”